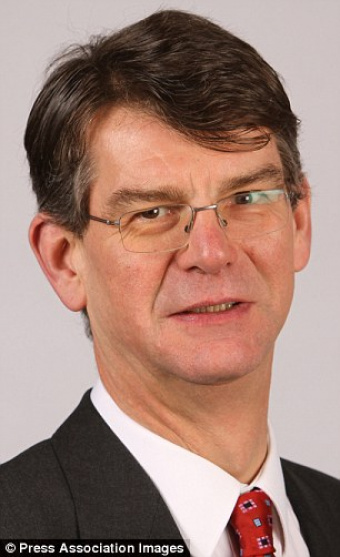 The plans from Mr Marris, MP for Wolverhampton South West, would allow doctors to prescribe poison for patients who are terminally ill and are thought likely to die within six months.

The patients would have to have reached a voluntary, clear, settled and informed wish to die. Their decision would have to be made in writing and witnessed by someone who is not a relative or carer, and it would have to be countersigned by two doctors, one of them entirely independent of the first.

A draft of the bill says that the patient could be given help to die if a High Court Family Division judge gives consent.

It said: 'Upon receiving an application by the person, the High Court shall dispose of it within 14 days or as soon as reasonably practical thereafter.'

The deadline will be regarded as extremely tight by lawyers. Family judges routinely take months, and sometimes years, to rule on whether children were correctly taken into state care, on adoption orders, or on divorce settlements.

The proposal was greeted with wave of protests from critics of the assisted dying campaign.

Robert Flello, Labour MP for Stoke-on-Trent South, said: 'This Bill does nothing to lessen the fears of the disabled community. Our courts are already overstretched. There is no way that judges will have time to scrutinise the details of every case within such a tight time limit. The bill's promoters must know this.' Mr Flello added: 'These decisions will end up being made by clerks and rubber stamped by a judge along with a pile of other papers.'

Fiona Bruce, the MP for Congleton and co-chairman of the All Party Parliamentary Pro-Life Group, said that the requirement for a High Court judge to rubber stamp a suicide application within a fortnight was no safeguard.

'A judge, not knowing an individual's circumstances or the pressures on them, would be unable to discern whether a request for assisted suicide was being made of a person's free will,' she said. 'Doctors now don't know the home circumstances of a patient so how much less will a judge?

'There are no safeguards which could adequately protect a vulnerable or elderly person from the risk of them feeling a burden either to their family or to the NHS.'

Senior barrister and former government adviser on terrorism Lord Carlile of Berriew said the 14-day requirement showed that there is no intention for serious court examination of cases.

'It is merely asking the judge to rubber stamp some procedural acts agreed by the doctors rather than examine the merits,' he said.

'We need a much more robust examination of whether it really is the case that an individual's rights are so badly damaged by the denial of access to assisted suicide that this extraordinary step should be permitted.'

A spokesman for Dignity in Dying said the group 'completely supports

Rob Marris's proposals which build on the progress made by Lord Falconer's Bill in the last parliament, which went on to show majority support in the Lords.

'One of the many safeguards included in the bill is that a Family Court judge has to oversee the process. This has a maximum limit of two weeks so as not to put further barriers in the way of dying Britons who want to exercise choice at the end of life.'