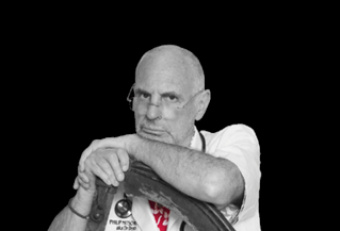 Fortunately, the police banned his use of compressed gas - which in an assisted suicide case would consist of a cocktail of lethal chemicals, but for demonstrative purposes would have contained only pure air.

The ban has restricted certain acts within his show; however, he continues to perform what is billed to be "a rip-roaring ride through his 20 years working with life's one certainty: death."

Making light of the issue of suicide carries serious danger for vulnerable people who are contemplating taking their own lives.

Article excerpt and picture from http://www.premier.org.uk/News/UK/Christians-condemn-euthanasia-show-at-Edinburgh-s-Fringe

"The show - named ''Dicing With Doctor Death'', which claims to look at the funny side of the right to die debate, had faced attempts to get it pulled.

The one-man show by Dr Philip Nitschke, who has helped four people die in his native Australia, features tips and advice on how to commit suicide.

He told Sky News: "I've noticed in the public meetings I've been holding over the years that you always get the message across in a much more palatable way if you can make it amusing.

"I'm not making fun of the 'right to die' debate. I'm putting it out there as one of the cutting-edge social issues of our time. What's amusing is that we as a society can't deal with it."

Police had raised concerns about the show, along with council officials, that it may breach UK laws.

It is illegal to assist someone to commit suicide in the UK and this would include telling them how to kill themselves.

Dr Gordon MacDonald from Christian charity CARE told Premier's News Hour despite the show being on at a comedy festival, it was far from a joke.

He said: "It's a very serious matter. Basically we're talking about giving people advice as to how to kill themselves and that's not a laughing matter, it's quite concerning.

"Clearly people may be depressed who are going along or they may have other mental health issues."

Audience members will sign a disclaimer saying they will not use the methods spoken about to commit suicide.

But Dr MacDonald said that wasn't "worth the paper it was written on".

"It's not appropriate for it be put on," he added. "They wouldn't tolerate somebody putting on a show that was advocating suicide bombings at the fringe, that would be seen as a criminal offence, the police would investigate it and I don't see that there's a huge difference with this show"."