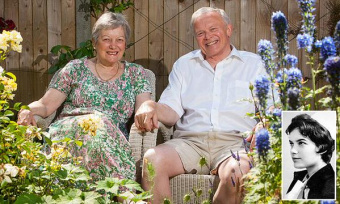 This move is the horrifying mark of a society with no appreciation for the lives of the elderly. Should Mrs. Pharaoh's wish for the legalisation of assisted dying in the UK be granted, we would be sending a strong signal to all those over 75 years old that we wish them removed from our communities.

A healthy former nurse has killed herself at a Swiss euthanasia clinic because she feared developing a terminal illness and being unable to take her own life.

Gill Pharaoh, 75, who did not want to become a "hobbling old lady," was not suffering from any serious illnesses before she died on July 12 at an assisted dying clinic called Lifecircle in Basel.

The mother-of-two had to flee Britain to end her life because laws in the UK do not allow assisted dying.

She is now among the 250 Britons estimated to have used liberal Swiss assisted dying laws since 2003.

The ex-nurse worked with the elderly for years and eventually became afraid of suffering a stroke like one of her friends who were living a "poor quality" of life.

From her experiences dealing with terminally ill patients, Pharaoh knew she was "going over that hill."

Her nursing experience, meanwhile, taught her the harsh reality of old age was "awful."

Speaking before her suicide, she said her quality of life was declining as she lost enthusiasm for gardening and dinner parties, and had issues with tinnitus.

She told The Sunday Times that old age "isn't fun" and "it's not going to start getting better."

Pharaoh said her daughter Caron, who is also a nurse, "struggled" with her decision.

Her partner, who was beside her in her final moments, also struggled to accept her decision. Pharaoh told the paper "it is not his choice at all and my kids are backing me, although it is not their choice."

Shortly before her death, the couple enjoyed their final dinner on the banks of the Rhine.

The former nurse said she didn't want to become a burden to her children or "block beds" in hospitals and cost the NHS a "fortune."

"I have looked after people who are old, on and off, all my life. I do not want people to remember me as a sort of old lady hobbling up the road with a trolley," she told the paper.

A severe attack of shingles in 2011 "changed everything" and she began to feel that her health was deteriorating.

Months before her death, Pharaoh wrote a blog post titled "My Last Word" where she revealed she was finally ready to die.

"I feel my life is complete and I am ready to die," she said.

"I do not promote this action for anyone who does not want it. I ask that the lawmakers should listen to, and respect, the views of people like me, and I am not alone in holding this view."

Speaking to RT, a spokesperson for Dignity In Dying said they are fighting for assisted dying to be legalized in Britain "but not for any law that goes wider than terminal illness."

"We support a change in the law in assisted dying but we're not trying to change the law so that everyone has the right to die."

Anyone in Pharaoh's situation should "talk to their friends, their GP or talk to Samaritans," they said.

"The law you enact is the law you get - we're quite clear that the right law is the assisted dying law - the overwhelming majority of the British public support that."

But campaign group Care Not Killing condemned Pharaoh's actions, saying it "sends out a chilling message about how society values and looks after elderly people in the UK."

The group told ITV News the case "seeks the introduction of death on demand for those who fear becoming a burden, even if they are otherwise fit and healthy."

"This is an abhorrent development, but it reveals a truth that some who argue for a change in the law really believe there should be no safeguards or restrictions on assisted killing."