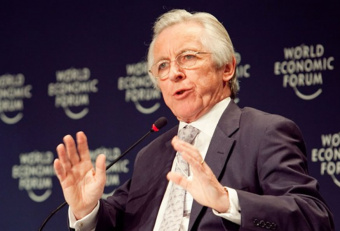 The proposed Assisted Dying Bill is asking UK Parliament to sign 'a blank cheque' say peers. We should not be encouraging people to commit suicide...

In a report published by think-tank Living and Dying Well, three peers with distinguished legal backgrounds explain in layman's terms what the proposed law on 'assisted dying' says and how it would be applied.

They also examine a number of claims made by proponents of legalised physician-assisted suicide and conclude that they fail to stand up to serious scrutiny.

EPC Europe supports their views. The evidence from other countries is overwhelming - legalising assisted suicide and euthanasia is not just unsafe, it threatens the lives of those who are vulnerable to pressure to die this way. Even the very public campaign to change the law, itself increases pressure on those vulnerable people.

"The law [as it stands]", the Peers write, "accurately and conscientiously reflects the perceptions which as a society we have of suicide - that, while those who attempt to take their own lives should not be punished, suicide itself should not be encouraged or assisted".

They point to the strenuous efforts, including 'suicide watches' and suicide prevention strategies, which are taken to avoid suicides. "What the advocates of 'assisted dying' are saying, in effect, is that for some people we should put this process into reverse and facilitate their suicide".

The authors - Lord Brennan QC (pictured), The Rt Hon Baroness Butler-Sloss GBE and Lord Carlile QC CBE - observe that "the law's combination of deterrence with discretion means that the incidence of illegal action is small and generally of a nature where prosecution is not necessary".

They reject the argument, sometimes advanced by proponents of legalised assisted suicide, that infrequency of prosecution means that the law is not working. "On the contrary", they argue, "it indicates that it is working as it should. The effectiveness of a law is not measured by the number of prosecutions brought under it. An important consideration is its effectiveness in deterring the offence in question from happening at all".

The Suicide Act is not, they conclude, an oppressive law: "it is a law with a stern face but an understanding heart".

Lord Falconer's Private Member's Bill, the Peers write, "proposes no mere amendment of the law but a fundamental change to it. It is asking Parliament to agree that it should be lawful for some people to involve themselves in deliberately bringing about the deaths of others".

Moreover, they observe, the bill contains no safeguards - beyond stating basic eligibility criteria - governing the assessment of requests for physician-assisted suicide. It leaves these crucial questions to be decided by others after Parliament has approved the bill. "As it stands", the Peers write, "the bill is asking Parliament to sign a blank cheque".

Commenting on the notion that the House of Lords should focus on the principle behind the bill and leave its practicalities to others, the Peers observe that "as legislators we have a duty to satisfy ourselves that any laws we enact will work in practice and will not put vulnerable people at risk of harm. Of course the House must consider the principle of the bill. But we should not forget that public safety is itself a key principle of legislation: it cannot be offloaded onto others".