Intensive Care? No place of safety for very sick people in Belgium 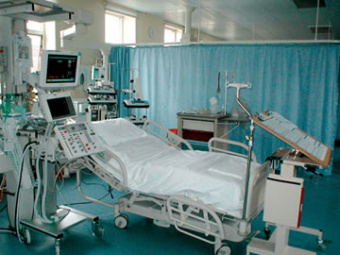 Please sign our petition today. The situation in Belgium is growing more sinister and more urgent by the day.

Belgian Intensive Care doctors have now said, in very clear terms, that the law - regardless of what it does and does not allow - does not affect them. They and they alone will decide who lives and who dies in their hands, adults, consenting or not, children and all.

This is illegal even in Belgium but these doctors have decided they can determine without reference to anyone else when someone's life is no longer worth living and they will administer lethal injections accordingly, as and when they choose.

Last November, at a debate in Brussels, two leading Belgian pro-euthanasia activists gave their views. One, a medical doctor admitted Belgian law could not be fit-for-purpose given the abuses revealed in research but went on to support the next move to be made by the Belgians, extending their euthanasia to children of any age. He mentioned population control in passing. The other, an erstwhile philosopher, was very clear: his aim to eliminate all suffering is a program of eliminating all sufferers. His observation that ' there are not enough euthanasia' deaths was followed by a pointed attack on an audience member 'Wait until you are paralyzed!' (i.e. everybody who is would of course want euthanasia and he was there to provide it as the proudest success of his life, as he described it).

As usual, their deeply worrying and terribly flawed position was built on the idea that anyone opposing euthanasia laws is cruel. No-one wants to suffer and no-one wishes suffering upon another.

That was not their only point: their argument was also that the elimination of the sufferer just is the elimination of suffering. Eliminating the sufferer was for them the only, and indeed the only moral choice. They made no allowance for the massive advances in palliative care and sedation in the very worst cases, of that in the early 1990's pain was a primary factor in only 5% of cases, a figure which has been steadily eroded downward with 25 years of medical advances. They made no allowance for the relief of the greatest suffering 'feeling oneself to be a burden' through other means. Again, they were proud that relief of mental, emotional, social suffering is evidently the same - euthanasia is the only proper response whatever for the suffering takes.

But, as Paul Russell has pointed out, once we make the elimination of suffering the criteria for killing people, we spin out of control in a vortex that has only one logical conclusion: totally unfettered and unregulated euthanasia - with or without request. The cry in Britain is always the same, 'Oh but that won't be us'. What people in Britain forget is that is exactly what the Dutch said, exactly how the Belgians propagandized their march to law. Once the door is open to human abuse, it follows and you can do nothing to prevent it. Sleepwalking in to legislation in Britain is at best naïve in the extreme, at worst part of the kind of population-control methods promoted even by such 'worthies' as Stephen Hawking making again the point that even great scientists are not immune from lazy moral thinking.

What Russell describes as 'euthanasia anarchy' should send shivers down the spines of any thoughtful observer. An official recent statement from the Belgian Society of Intensive Care Medicine boldly asserted that doctors need to be able to give lethal injections to shorten lives which are no longer worth living, even if the patients have not given their consent.

The Society spells out its policy very carefully. It is not about grey areas like withdrawing burdensome or futile treatment or balancing pain relief against shortening a patient's life. It clearly states that 'shortening the dying process by administering sedatives beyond what is needed for patient comfort can be not only acceptable but in many cases desirable'.

Why do people insist in using euphemisms? Because even they find it somewhere too difficult to say 'kill them' by lethal injection, preferring weasel-words.

So, because most patients in intensive care have not made advance directives, and many are not in a position to request euthanasia, a 'difficulty' can arise - the so-called 'double-effect' of giving drugs primarily for comfort and pain relief in end-of-life management can be misconstrued as deliberate use to speed the dying process. The Society's solution to this? Better education in the titration of those drugs? Better care for the patient? More respect for patient safety at this the most intense moment of vulnerability? Why no. The difficulty is to be resolved by giving license to its members to kill patients.

Never mind that this is illegal even in Belgium (which is saying something) Russell may be correctly pessimistic that in a country that recently supported euthanasia for children, this is being received by the Belgian general public with little more than a passing thought.

I wrote elsewhere that I thought doctors are not the best placed people to make such moral decisions - to kill someone is never, can never be a medical decision because it is where medicine throws its hand up and says 'we can do no more' to help you, to cure you, to make you live longer or whatever. So ending a life is always a moral and not a medical decision.

Of course the vast majority of good and decent doctors, good and decent people, do not want to make such decisions as the recent vote from the Royal College of GPs reinforced recently. And of course, the ones who do want to make these, well their credentials as human beings are at least up for discussion. But as I also keep saying, I do not want to find myself in A&E one day having to fight to stay conscious just to ask 'Are you a card-carrying member of the Doctors for Euthanasia party?' before being assured I can let this doctor treat me - or not. When we license good doctors, we license bad ones too.

The Belgian Intensive care Doctors have said, in very clear terms, that the law - regardless of what it does and does not allow does not affect them. They and they alone will decide who lives and who dies in their hands, adults, consenting or not, children and all.

Please sign our petition today. The situation in Belgium is growing more sinister and more urgent by the day.