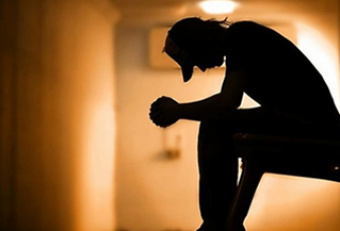 In an age where so much work has been done to destigmatise psychological illness, it is devastating to note that this uncompassionate, unhelpful disposal of Laura's life is seen as the only way through which to treat sufferers of such conditions.


Doctors in Belgium are granting a 24-year-old woman who is suffering from depression but is otherwise healthy the right to die as she qualifies for euthanasia under the Belgian law, even though she does not have a terminal or life-threatening illness.

The 24-year-old woman, known simply as Laura, has been given the go-ahead by health professionals in Belgium to receive a lethal injection after spending both her childhood and adult life suffering from "suicidal thoughts", she told local Belgian media.

Laura has been a patient of a psychiatric institution since the age of 21 and says she has previously tried to kill herself on several occasions. She told journalists: "Death feels to me not as a choice. If I had a choice, I would choose a bearable life, but I have done everything and that was unsuccessful." The date of Laura's death is yet to be decided.


Belgium passed a law to legalise euthanasia in 2002, the second country in the world to do so after the Netherlands. The law states that Belgian doctors can "help patients" to end their lives if they freely express a wish to die because they are suffering from intractable and unbearable pain.

Dr Marc Van Hoey, a general practitioner and president of the Right to Die Association in northern Belgium, is a vocal supporter of the legislation. Van Hoey told the Independent newspaper that he believes that sometimes euthanasia is the kindest option. "I've seen quite a lot of persons dying in - how do you say in proper English - agony?" Van Hoey said. "I never saw that when I gave someone euthanasia he or she asked for."

Over the past few years there has been a sharp increase in the number of euthanasia cases in Belgium. In 2013, there were 1,807 deaths recorded compared with 1,432 in 2012. More than half of last year's cases were patients aged 70 and over but there are increasing numbers of young people requesting to die legally, with the majority citing depression as their "intractable and unbearable pain."

However, not everyone is in favour of the law. Carine Brochier, a project manager with the Brussels-based European Institute of Bioethics, tells Newsweek that she believes too many people are dying as a result of Belgium's liberalised euthanasia laws.

She argues that many people who experience psychological suffering and treatable mental illnesses may be wrongly given the go ahead for euthanasia because "there is absolutely no way for healthcare professionals to measure another person's mental suffering to decide if they should receive euthanasia."

"Euthanasia is not the answer to all human suffering," Brochier continues. "We need to develop better palliative care for people," something she believes Belgium is not currently doing.

Earlier this year in February, the parliament in Belgium passed a bill also allowing euthanasia for terminally ill children without any age limit, by 86 votes to 44. The vote makes it the first country in the world to have legalised euthanasia without an age limit.

In the Netherlands, the first country to legalize euthanasia, sick children are allowed to request it, but only if they are 12 years or older.

As of June 2015, euthanasia is legal in the Netherlands, Belgium, Colombia and Luxembourg.