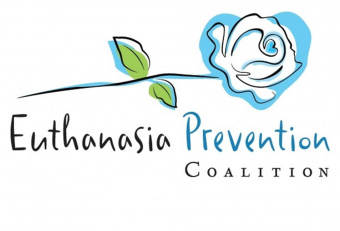 This last week has seen two huge court victories in Canada for those seeking to protect vulnerable people from having their lives intentionally ended.

The Carter case was launched by the family of Kay Carter, a woman who died by assisted suicide in Switzerland in 2010. The Carter family claimed that Kay was denied the 'right' to die with dignity in Canada and her family were forced to break the law by assisting her travel to Switzerland for suicide. They were represented by the British Columbia (BC) Civil Liberties Association.

On 15 June 2012, Justice Smith wrongly decided that Canada's law forbidding assisted suicide was unconstitutional. Smith found that people with disabilities who are unable to kill themselves by suicide without assistance were discriminated against by the law.

Fortunately, the federal government appealed the decision of Justice Smith to the BC Court of Appeal.

The BC Court of Appeal found that Smith did not have the right to strike down Canada's assisted suicide law and that she made several errors and incorrect assumptions in her decision.

The BC Court of Appeal also acknowledged that Parliament had recently considered a bill (Bill C-384) that would have legalised euthanasia and assisted suicide in Canada, but was overwhelmingly defeated on 21 April 2010 by a vote of 228 to 59.

The BC Civil Liberties Association has announced that it will appeal the BC Court of Appeal decision to the Supreme Court of Canada.

On 16 October Mr Rasouli was placed on a ventilator and a tube was inserted to provide him hydration and nutrition.

His doctors, Cutherbertson and Rubenfeld, determined that Mr Rasouli was in persistent vegetative state (PVS) and decided to withdraw the ventilator, but his wife, Parichehr Salasel, who is also a physician, refused to give consent.

The Rasouli family insisted that Hassan was not in PVS and in fact was responding. The family was later proven to be correct and his medical condition was upgraded.

The Rasouli family applied to the Superior Court of Justice to obtain an injunction to prevent the doctors at Sunnybrook hospital from unilaterally withdrawing the ventilator.

The case was heard over three days in February and March 2011 and the decision by Justice Himel was released on 9 March 2011.

Justice Himel decided that the Rasouli family did not need an injunction because the doctors were required to obtain consent before withdrawing medical treatment.

The doctors then appealed the decision of Justice Himel to the Court of Appeal for Ontario.

The Court of Appeal for Ontario unanimously decided that doctors did not have the unilateral right to withdraw life-sustaining treatment. Instead they held that doctors need to seek consent from the Consent and Capacity Board when consent is refused by the person or the attorney for personal care.

The Supreme Court of Canada has now upheld the unanimous decision of the Court of Appeal for Ontario.

The Euthanasia Prevention Coalition (EPC), led by Alex Schadenberg, intervened successfully in both cases. Hugh Scher, the lawyer who represented EPC at the Supreme Court of Canada stated:

'We are pleased that the Supreme Court has recognised the need for oversight of doctors relative to treatment decisions at the end of life. The Court decision ensures that patient values, beliefs and best interests are given prominence, in conjunction with the clinical considerations of doctors.'

It is said that the price of freedom is eternal vigilance. We need to be constantly wary of cases with far-reaching implications that will undermine protections for vulnerable people.

Euthanasia and assisted suicide remain illegal in most countries of the world because of deep concern about the compromise of public safety that would ensue for disabled, elderly and otherwise vulnerable people were the law to be changed.

Thus far, most of the world's parliaments have been persuaded by these strong arguments on the basis that the prime duty of parliament is to protect its citizens.

These two victories in Canada should strengthen us in the UK to oppose further attempts to undermine the law through parliament or the courts.

The Carter case is particularly significant as lawyers representing Tony Nicklinson wanted to submit evidence from it in Great Britain. Nicklinson, who had a condition resembling locked in syndrome, died of natural causes last year after an unsuccessful attempt to secure euthanasia through the courts.