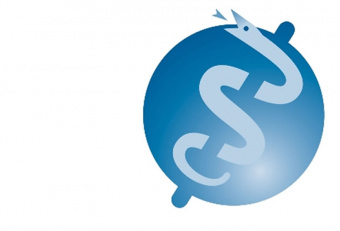 From the WMA Resolution on Euthanasia:

Euthanasia, that is the act of deliberately ending the life of a patient, even at the patient's own request or at the request of close relatives, is unethical. This does not prevent the physician from respecting the desire of a patient to allow the natural process of death to follow its course in the terminal phase of sickness.

Physicians-assisted suicide, like euthanasia, is unethical and must be condemned by the medical profession. Where the assistance of the physician is intentionally and deliberately directed at enabling an individual to end his or her own life, the physician acts unethically. However the right to decline medical treatment is a basic right of the patient and the physician does not act unethically even if respecting such a wish results in the death of the patient.

From ancient times doctors have sought moral guidelines both to guide members of the profession and to safeguard patients. The earliest of these was the Hippocratic Oath which was written about 600BC and has become the basis for all subsequent ethical codes.

Its moral requirements are broadly consistent with the Judeo-Christian ethic and at one time graduating doctors had to swear it before they could commence practising.

Among other things the Oath states 'I will give no deadly medicine to anyone if asked nor suggest such counsel'.

After the Second World War, and primarily because of human rights abuses by doctors in Nazi Germany, the World Medical Association adopted two modernised forms of the Oath - the Declaration of Geneva in 1948 and the International Code of Medical Ethics in 1949.

A 2011 study showed that doctors in the UK have opposed both euthanasia and assisted consistently over the past two decades. Researchers from Limerick, Ireland, used 16 key studies into doctors' attitudes between 1990 and 2010. The findings appeared in the journal Palliative Medicine and further confirmed the fact that those doctors who favour a change in the law constitute a small vocal minority.

Sir Richard Thompson, past President of the Royal College of Physicians, responded to the launch of the small pressure group Healthcare Professionals for Assisted Dying in 2010, by eloquently outlining the reasons why a clear majority of the College's members still do not support a change in the law.

The British Geriatric Society in 2010 issued a strong statement on assisted suicide which outlined its concerns about how a change to the law would remove protection from vulnerable elderly people. The full statement is most worthy of study by all who take an interest in this debate.