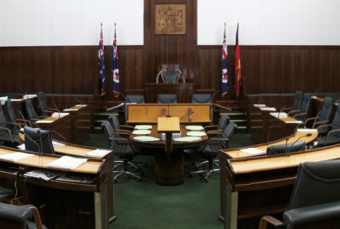 A bill to legalise euthanasia and assisted suicide in the Australian state of Tasmania has failed in the lower house this week by a vote of 13 to 11.

The result was anticipated after Premier Lara Giddings and Nick McKim MP, who proposed the 52-page bill, were undone by a series of powerful critiques.

However, the battle was still heated, with ten hours of debate over two days.

Michael Cook of Bioedge says that flaws in the bill became apparent over previous weeks with the Law Society of Tasmania produced a scathing analysis claiming that the bill suffered from 'fundamental drafting errors'. The Law Society, interestingly, made it clear that they had no ethical or moral position on the bill at all and were simply reviewing it objectively.

Paul Russell, Executive Director of HOPE, reports that Nick McKim upset members of the medical profession by seeming to confuse deliberate killing with good medical care at the end-of-life.

The group Doctors Opposed to Euthanasia pointed out that doctors are protected by law if their actions to mitigate pain are in keeping with sound, ethical medical practice and are not intended to cause death. They saw McKim's assertions as a slight upon medical professionals in Tasmania.

A research paper by two Tasmanian academics, Hannah Graham & Jeremy Pritchard, roundly criticised a discussion paper previously circulated by Giddings and McKim. It reviewed developments in Belgium, the Netherlands and Oregon and concluded that the proposers' claims that there were no concerns about the operation of the laws in those places were without foundation.

The rights-based disability group Lives Worth Living challenged the references in the bill to disability and clearly identified how the bill was likely to discriminate against people living with disability.

Jacquie Petrusma MP spoke clearly and from vast experience about the risks that the phenomenon of elder abuse held for elderly Tasmanians were the bill to be passed.

In a long, gruelling and emotionally charged debate Giddings and McKim did themselves no favours by constantly interrupting speakers who opposed them with aggressive verbal challenges.

The Northern Territory, a vast, mostly rural jurisdiction in the north of Australia, was the first in the world to legalise euthanasia in 1995. Four people died under its law, all assisted by Philip Nitschke, who has subsequently become Australia's leading campaigner for euthanasia. But after only nine months of operation, the Federal Government overturned the law.

There have been several unsuccessful attempts since to change the law in various Australian states.

No doubt these misguided attempts to change the law will continue, but it is encouraging to see how they are being defeated by sound argument and facts.

When the strong arguments against euthanasia are given airspace, most parliamentarians in most countries thankfully see the good sense of leaving the law as it is.

Members of the British House of Lords and the Scottish Parliament should take these lessons to heart when they debate the Falconer and MacDonald bills respectively in the spring of 2014.