Euthanasia - NOT a Human Right 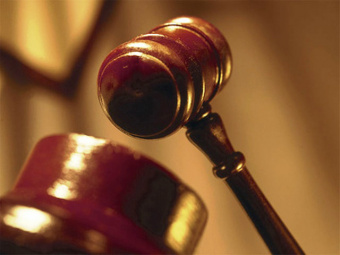 It's been a key argument for proponents of euthanasia/assisted suicide since the argument began - flying across debating chambers and splurged across the media, the claim of a "human right" to choose one's death has been trumpeted from all seeking to overturn legislation. However, the European Court of Human Rights have ruled against this assertion, closing the door on two applications for the law to be reconsidered.

The following excerpt is taken from The Telegraph (http://www.telegraph.co.uk/news/uknews/law-and-order/11743319/Right-to-die-European-court-rejects-Paul-Lamb-and-Tony-Nickinsons-widow-case.html):

"The European Court of Human Rights has rejected a right-to-die case brought by a paralysed former builder and the widow of man who had locked-in syndrome.

Paul Lamb and Jane Nicklinson, whose 58-year-old husband Tony died more than two years ago, brought the case at the court in Strasbourg - the culmination of their campaign that disabled people should have the right to be helped to die with dignity.

But in a written judgment on Thursday, the court said: "In its decision in the case of Nicklinson and Lamb v. the United Kingdom the European Court of Human Rights has unanimously declared the applications inadmissible. The decision is final."

Tony Nicklinson, who died two years ago, with his wife Jane

It comes after it emerged on Wednesday that two sisters are holding a party to raise £8,000 to pay for their mother to end her life in a Swiss clinic.

Mr Lamb and Mrs Nicklinson went to the European Court of Human Rights after the Supreme Court - the highest court in the UK - rejected their claim in June last year.

Terminally ill British people make up a nearly one quarter of users of suicide clinics like Dignitas, according to figures released last year.

The court was asked to decide whether a prohibition on assisted suicide - outlined in the 1961 Suicide Act - was compatible with the European Convention on Human Rights.

The Supreme Court judges ruled against Mr Lamb and Mrs Nicklinson, both 58, by a seven-two majority, following a hearing in London.

But five of the nine justices concluded that the court had the "constitutional authority" to declare that a general prohibition on assisted suicide was incompatible with the human right to private and family life enshrined in the convention.

In the landmark ruling Lord Neuberger, president of the Supreme Court, said that if MPs and peers did not give serious consideration to legalising assisted suicide, there was a "real prospect" a future legal challenge would succeed."